Under the LITASCO clauses time lost waiting for charterers’ order was to “count as laytime or demurrage” pursuant to clause 4.

Clause 2B of the same clauses required Owners to submit various documents “whenever possible” in support of any demurrage claim,‎ within 90 days of discharge, failing which the claim would be time barred. ‎One such document was a Statement of Facts which was to be countersigned by the terminal. If a countersignature could not be obtained then a Master’s protest to this effect had to be included in the supporting documents.

‎Having loaded at Mailiao, Taiwan the vessel sailed for and arrived at the first discharge port of Gladstone, Australia where she tendered NOR and berthed. There was then a lengthy delay following an allegation that the cargo was off specification and the receivers refused to accept delivery.‎ The vessel moved off the berth and waited at anchor during these delays and eventually sailed for the second discharge port without discharging any cargo at all at Gladstone.

When it came to the demurrage claim Owners had not included a Statement of Facts in the original bundle of supporting documents (within 90 days) and sought to re-classify the claim; saying this was time waiting for Charterers’ orders rather than the usual waiting time at the port; and that the time bar did not apply.

Owners had argued in the arbitration that, in other circumstances, Charterers’ might order the vessel to drift off port limits‎ in which case there would be no documents to support a demurrage claim and that they need not be provided in that scenario or in the current case. Whilst the arbitrators agreed, the Court dismissed this argument holding that when a vessel is ordered to drift off port limits the 90 day time bar clause would not apply as it would not have become engaged; it would simply not be possible to provide an NOR or statement of facts countersigned by the terminal when drifting offshore.

The Court, therefore, found that a countersignature from the terminal, on the statement of facts, should have been provided and failing that a protest from the Master should have been included in the bundle of documents supporting the demurrage claim.

Accordingly, all documents supporting the demurrage claim had not been provided by Owners within 90 days. The claim for $772,327.87 was time barred. ‎

The case is a useful reminder of the difference between clauses that are part of the laytime and demurrage regime and which will be subject to all the requirements and exceptions  thereof, and those clauses which fall outside the regime in which the parties have simply agreed to pay damages for detention at a fixed rate.

This case turned on bespoke wording which is, however, in common use. Mr Justice Popplewell placed heavy reliance on the words “whenever possible” in deciding whether or not the time bar clause was engaged. Even within the laytime and demurrage regime, the requirement to comply with time bars, for example, may not exist if the time bar clause is not triggered. 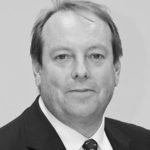