This modest-value cargo claim, which went all the way to the Supreme Court, has clarified some important questions on the burden of proof in claims under Article III.2 of the Hague/Hague-Visby Rules. In short, where cargo is loaded in sound condition and discharged in damaged condition, the carrier bears the burden of proving either there was no breach of Article III.2, or that one of the Article IV.2 exceptions apply, in which case the carrier must also (in most cases) disprove causative negligence (which will often effectively amount to the same thing as proving no breach of Art III.2).

The claim concerned consignments of bagged green coffee beans carried in unventilated containers from Colombia to Germany on “less than container load/full container load terms”. The carrier’s stevedores were contractually responsible for preparing and stuffing the containers. The Hague Rules applied.

Coffee beans are hygroscopic: they absorb, store and emit moisture. They can be carried in ventilated or unventilated containers. If unventilated containers are used in voyages involving transit from a warm to a cooler climate, the beans inevitably emit moisture and cause condensation on the inside of the container. It is therefore necessary to protect against water damage by dressing the containers with absorbent material; in line with common practice, the stevedores in this case used Kraft paper to do so.

On outturn the cargo was found to have suffered condensation damage and a claim for US$62,500 was made against the carrier. It was treated as an important test case by the parties’ insurers, despite the relatively modest sum in dispute.

The case centres on the Cargo Claimants’ allegation of the carrier’s breach of Art III.2 of the Hague Rules (to “properly and carefully load, handle, stow, carry, keep, care for, and discharge the goods”).

The carrier argued that the Hague Rules did not apply to the stuffing of the containers before loading. If the Rules did apply, the carrier sought to rely on the Art IV.2(m) “inherent vice” exception on the ground that the beans were unable to withstand the ordinary levels of condensation forming in containers during passages from warm to cool climates.

In reply, the Claimants alleged causative negligence on the carrier’s part due to a failure to take proper measures for the cargo’s protection.

The Hague Rules were found to apply to container stuffing; loading cargo into a carrier’s containers which are subsequently loaded on the vessel is part of a single loading process. Alternatively, where the carrier has assumed the obligation to stuff its containers, the contract of carriage includes that as part of the loading.

Where cargo is acknowledged to be loaded in apparent good order but discharged in a damaged condition, that can justify inference of a breach of Art III.2. The carrier must then provide evidence to negate such a breach.

The Judge endorsed the definition of inherent vice in Scrutton as “the unfitness of the goods to withstand the ordinary incidents of the voyage given the degree of care which the shipowner is required by the contract to exercise in relation to the goods.” As such, the Judge commented that inherent vice is not in any real sense an excepted peril; rather it is no more than a category in which breach of Art III.2 is necessarily negatived. Consequently, where there is inference of a breach of Art III.2, the Judge thought it “unimportant” whether the evidence to negate such a breach was by invocation of an Art IV.2 exception (such as inherent vice or Art IV.2(q)) or by direct refutation of Art III.2. In essence both would require the carrier to demonstrate the damage was not caused by his negligence.

To directly refute Art III.2 the carrier had to establish it had “properly” carried the cargo which meant “in accordance with a sound system”, such as would have prevented damage to a normal cargo from the risks reasonably to be expected during the contracted carriage.

On the facts, the carrier failed to show it adopted a sound system and was accordingly liable for the damage.

The Court agreed the Hague Rules applied to container stuffing in the circumstances.

The Court preferred a three-stage analysis to the burden of proof, as posited in The GLENDARROCH [1894] P226:

The Court of Appeal reopened the facts, disagreeing with two crucial conclusions of the lower court about the evidence, and making positive findings of their own: First, there was an accepted industry practice for lining unventilated containers with two layers of Kraft paper of at least 80 gsm or one layer of at least 125 gsm. Second, two layers of paper had been used. Consequently the carrier had complied with accepted industry practice and was not liable.

Lord Sumption began by summarising the common law position apart from the Hague Rules. In bailment, the carrier’s duty is to take reasonable care of the goods. Faced with a claim in bailment, the carrier bears the burden of disproving causative negligence. He need not show exactly how the injury occurred, but he must show either that he took reasonable care of the goods, or that any failure to do so did not cause the damage.

Incorporation of the Hague Rules does not alter the status of a contract of carriage by sea as a species of bailment for reward on terms. The approach to burden of proof must therefore be the same as in bailment and the carrier bears the burden of proving either that the damage occurred without fault in the various respects covered by Art III.2, or that it was caused by an Art IV.2 excepted peril. The GLENDARROCH is therefore no longer good law.

In considering what must be proved when relying on Art IV.2(c) (perils of the sea) and (m) (inherent vice) exceptions, the Court held that the absence of negligence was an integral part of the definition of those exceptions; the carrier must therefore prove that damage was not caused by his negligence.

Commenting on the concept of inherent vice, the Court remarked that if the carrier could and should have taken precautions which would have prevented some inherent characteristic of the cargo from resulting in damage, that characteristic is not inherent vice. In order to be able to rely on the exception for inherent vice, the carrier must show either that he took reasonable care of the cargo but the damage occurred nonetheless, or that whatever reasonable steps might have been taken to protect the cargo from damage would have failed in the face of its inherent propensities.

The Supreme Court overturned the Court of Appeal’s decision, and restored the first instance decision.

This authority confirms that a cargo claimant must prove cargo was loaded in sound condition (usually in reliance on a clean bill of lading) and discharged damaged in order to infer a breach of Art III.2 of the Hague / Hague-Visby Rules. In order to defend such a claim, the carrier needs to show either that there was no breach of Art III.2 (i.e. that carriage was in accordance with a sound system) or that an Art IV.2 exception applies. What must be proved when invoking an Art IV.2 exception depends upon the particular exception in question.

In the case of Art IV.2(m) “inherent vice” and (c) “perils of the sea” exceptions, the carrier must prove that damage was not caused by negligence on his part. In most cases this will require evidence that the goods were carried in accordance with a sound system.  In practice this means that where there is industry awareness of the risk of a particular type of damage, appropriate precautions must be taken; those precautions must be such as a rational, adequate and reliable assessment concludes will prevent the threatened damage.

The decision does not, however, directly address what must be proved when relying on other Art IV.2 exceptions. Although paragraph 33 of the Supreme Court judgment suggests the carrier must disprove negligence when relying on any exception, this may not be the full picture. There are exceptions which are widely accepted to apply even when there has been negligence (for example Articles IV.2(a) – act, neglect, or default in the navigation or in the management of the ship – and (b) – fire). With respect to Art IV.2(b) (“Fire, unless caused by the actual fault or privity of the carrier”), it is arguable that a fire caused by the negligent fault of the crew will nevertheless fall within the exception. 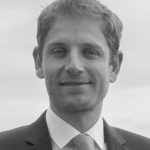