TMCM wins Queen’s Award for Enterprise for the Second Time 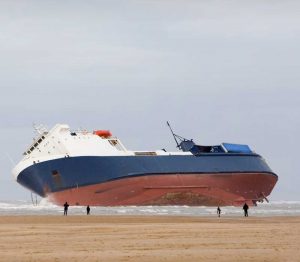 TMCM is delighted to announce that we have won the Queen’s Award for Enterprise, in the International Trade category.

This is the second time the company has received the Award, which recognises outstanding achievements by UK companies in growing international earnings and is widely recognised as the UK’s most prestigious award for business performance.

We take this opportunity to thank the colleagues, clients and friends who have supported us along the way- your belief in what we do is critical to how TMCM grows and evolves.

Having already received a Queen’s Award in 2014 for its strong international growth, TMCM has gone from strength to strength, growing its core business while investing diversifying its range of services and expanding its office network.

“Exporting services to global markets has always been at the heart of what Thomas Miller does,” says our CEO, Peter Jackson. “The recent shifting and decentralisation in marine and logistics markets is just part of an on-going global evolution – TMCM will evolve along with it, as we always have from the start.”

Building on the success of its marine claims adjusting operation, based in London and Newcastle-upon-Tyne, TMCM has invested in the creation of a marine and logistics law firm, TM Law, which applies the same innovative and cost-effective approach to legal services. TM Law has expanded steadily through the acquisition of a marine firm in Plymouth, and both TMCM and TM Law now serve the Asia-Pacific region from offices in Sydney.

“We have to keep going forwards, will keep listening to what our clients tell us, identifying what the market wants and where the existing provision is lacking,” says Director, Stephen Hunt. “Once we’ve done that, we have to trust our instincts, and find ways to do it better.”

The Award was conferred on 21st April, the Queen’s birthday, and will be recognised officially at a reception at Buckingham Palace later in the year.

Mr Jackson has already been congratulated by Her Majesty once, but is determined not to let the second time be the last. “We’ve invested heavily, to diversify the offering and expand our footprint- we’re into a new phase of effort and opportunities. We have taken the same approach we took at the start and we expect to see the same results. I want to see us repeat the performance, and the success, and I don’t think many would bet against us.”