TM Law’s Nico Saunders and Henry Stockley summarise the legal and practical consequences associated with the practice of issuing switch or split bills of lading.

By way of simple summary of industry practice, upon shipment of a cargo a bill of lading is issued to the shipper who, once they receive payment, transfers the bill to the consignee, enabling them to take delivery of the cargo at the discharge port by presenting the bill of lading to the Master. When a bill of lading is ‘negotiable’, it may be transferred multiple times before delivery is taken by the ultimate purchaser of the goods.

A bill of lading also often forms an important part of a credit arrangement and represents a bank’s security in respect of any credit advanced to a buyer.

The practice of “switching” bills of lading involves a second bill being issued in substitution for the first bill of lading.

Although the practice is widespread and often has a sound commercial basis, potential issues arise as to whether the carrier can and should comply with such request.

The issuance of switch bills may involve risk and uncertainty for the carrier.  The primary questions are whether the party requesting switch bills has the right to do so, and what a carrier can do to mitigate risk.

Why are Switch Bills required?

Switch bills are often requested for reasons such as:

Who can request Switch Bills?

The owner of the goods (i.e. the holder of the first bills) at the time of the request.

What are the risks associated with Switch Bills?

Switching bills of lading is not prohibited as a matter of English law, provided there is no fraudulent purpose behind the request.  However, the practice potentially exposes the carrier to risks such as:

Issuing switch bills of lading risks there being multiple bills of lading in circulation for the same cargo, in which case the carrier could face a claim in misdelivery for the value of the cargo covered by the bill(s).  For example, a fraudulent shipper may sell the goods to two consignees, facilitated by the issuance of a second bill. If the first set is not cancelled and surrendered, both consignees may present bills of lading purportedly entitling them to delivery, putting the carrier in a very difficult (and potentially very costly) position.

Particular concerns arise if bills are switched in order:

Some P&I insurers exclude cover for liability arising from or under switch bills. Cover may be refused for cargo claims or, in the case of fines and loss, due to custom laws infringements.

Often a letter of indemnity (“LOI”) is requested by the carrier from the person requesting the second bill.  An LOI issued to facilitate an unlawful purpose will not be enforceable.

The applicable international convention may be altered by issuing a switch bill.  For example, a Hague-Visby Rules bill of lading could become subject to the Hague Rules by the insertion of different terms or depending on how, where and by whom the new switch bill is issued.

Letters of credit could be declined in the case of discrepancies.

Certain considerations will always apply when the parties request a bill of lading to be switched or amended:

Whilst it is not uncommon in practice for switch bills to be requested for valid and honest commercial reasons, as Longmore J. said in The Atlas [1996] 1 Lloyd’s Rep. 642, issuing such bills is a practice fraught with danger. A carrier opens himself to potential claims for which insurance cover may be refused. Before issuing switch bills, it is crucial for a carrier to insist upon surrender of the first set of bills, ensure all parties to the ‘bill of lading contract’ consent and obtain guidance from insurers, in particular P&I insurers. 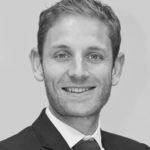 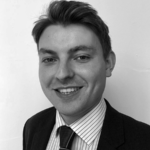