The claim concerned a shipment of 14,500 MT rolled steel coils which the Appellant, RBRG, had agreed to pay for by an irrevocable letter of credit in favour of Sinocore.  The Sale Contract provided for disputes to be referred to the China International Economic and Trade Arbitration Commission (CIETAC ) and determined in accordance with Chinese law.

Having opened the letter of credit for payment of US$12,616,000 in accordance with the Sale Contract terms, RBRG unilaterally arranged for the Dutch opening bank to amend the LC terms by providing for a later shipment date.

Bills of lading having already been issued within the prescribed period for doing so, dated 5 and 6 July 2010, Sinocore presented a new set of bills of lading with a later date to enable payment under the amended LC.  In response, RBRG obtained an injunction from the Court of Amsterdam against payment under the LC on the basis that payment was being claimed against falsely issued bills of lading.   Sinocore then responded by terminating the sale contract on the grounds of non-payment.

In arbitration in China Sinocore successfully argued that RBRG were in breach of the sale contract in amending the LC terms.   The Tribunal acknowledged Sinocore had wrongfully arranged for issue of a new set of bills but determined that as a matter of causation it was RBRG’s breach and not the issue of false  bills which had resulted in the failure of payment and thereby Sinocore’s loss. CIETAC duly issued an Award in Sinocore’s favour which they then sought to enforce against RBRG in the UK.

Enforcement in the UK

RBRG resisted Sinocore’s application to enforce the  Award (a) on the “narrow ground” that  it had been open to Sinocore to present the genuine bills of lading but they had failed to do so, such that the claim in arbitration was based on a fraud and (b) on the “broad ground” that the English Courts will not as a matter of policy assist a seller which presents forged documents under a letter of credit.  Having failed in its action to set aside the Order granting enforcement in the High Court, RBRG proceeded to the Court of Appeal which held:

This is a judgment which reflects the recent decisions of the Supreme Court in Versloot Dredging v HDI Gerling [2016] UKSC 45 (collateral lies in the context of insurance claims) and Patel v Mirza and the considerations applied in reaching a determination in favour of a party notwithstanding  that there may have been some act or omission by that party which was tainted by illegality.  The Court of Appeal’s decision has affirmed the principle of judicial comity and should be welcomed by the arbitration associations of China and elsewhere as indicating the English courts’ respect for the arbitral process as applied in other jurisdictions. 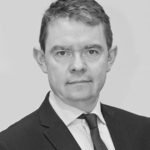