Thomas Miller Law’s Shipping and Logistics team discuss the implications of a recent Court of Appeal decision in MSC MEDITERRANEAN SHIPPING CO SA v GLENCORE INTERNATIONAL AG[1].  This concerned the impact of new technology on cargo handling procedures and the associated risks of susceptibility to cyber-crime.

Pursuant to bills of lading issued by ocean carriers, MSC, a cargo of cobalt briquettes was shipped in three containers from Freemantle to Antwerp where the bills of lading were to be “surrendered by the Merchant to the Carrier . . . in exchange for the Goods or a Delivery Order”.

In practice, and following a course of dealing which had been adopted between the carriers and the shippers, Glencore, on numerous previous occasions, when the cargo arrived at Antwerp it was handled under an electronic release system (ERS) used for containerised cargo. Under the ERS the carriers did not issue paper delivery orders against bills of lading, but instead provided computer-generated electronic numbers (pin codes) which the consignees or agents presented to the terminal before taking delivery of their goods.

So, in this case the carriers emailed a Release Note for the three containers to the shipper’s agents, giving an ERS pin code for each container, but when the agents’ hauliers went to collect the containers they found that two of them had already been collected.

It remains unclear  how exactly the two containers in question were appropriated, but  the carriers intimated in the Appeal hearing that the relevant pin codes may have been leaked as a result of the shipper’s agents’ email accounts having been hacked.

Claims Made and the Approach of the Courts

The shippers brought claims in the High Court for breach of contract, bailment and conversion against the carriers, and they succeeded before Andrew Smith J at First Instance[2].  His decision was upheld by the Court of Appeal which addressed the carriers’ defences as follows:

This case highlights that the use of electronic systems for the release of containerised cargo is susceptible to data breach and losses being incurred as a result.  If such systems are to be utilized and the parties intend the terms governing what will constitute delivery to be amended accordingly this must be clearly stated in the relevant contract. 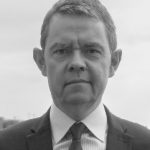