The United Nations Commission on International Trade Law’s model law on Cross-Border Insolvency (Model Law) aims to maximise the assets available to creditors of an insolvent company where those assets, and creditors, span across the globe. It is the goal of protecting creditors’ rights across jurisdictions that has naturally led the Model Law to collide with the law of the maritime lien – a right that attaches to the ship like a barnacle at the moment the relevant circumstances occur. This article attempts to make some sense of the relationship between the Model Law and the maritime lien.

It might seem like a simple enough question to ask, but the area where cross-border insolvency law and the ancient legal right provided by a maritime lien interacts is far from simple. Indeed, the international issue continues to perplex well-versed maritime and insolvency lawyers. While the implementation of the Model Law in Singapore should be seen as a step in the right direction, joining the likes of Australia, the UK, the US, Japan, South Korea and New Zealand[1], arguably it does not do enough to protect the status of a maritime lien. It is understandable that there may exist some doubt as to whether the law of Admiralty should take precedence over such a feat as the international asset-protection regime created by the Model Law, however, it is submitted that, the centuries old security regime developed by maritime law, which generally remains observed around the world, should at the very least be taken into account when involved in cross-border insolvency disputes[2].

A lien is a specific right that will attach to property (not only ships) that can be defined differently depending on what type of law the lien interacts with.  In a general sense, a lien is the right to hold the property of another as security for the performance of an obligation or the payment of a debt[3].  A lien can be found in statute, in the common law as well as in equitable jurisdictions. The traditional maritime lien, however, is unique, in that the Admiralty jurisdiction provides the right to bring a claim that will attach to the property, regardless of who may be in possession of that property.  This distinction is important in relation to insolvency law as a maritime lien will attach to a ship as soon as the relevant circumstances arise, while a statutory lien, for example, will only arise once proceedings are initiated.  This timing issue can be problematic when deciding which law should take priority over the other[4].

The complicated nature of the maritime lien in itself was outlined in The Bold Buccleugh:[5]

The adoption of the Model Law by Singapore through the Companies (Amendment) Act 2017 on 23 May 2017 was made in contrast with the case of Beluga Chartering GmbH (in liquidation)[7], where it was articulated that Singapore courts would recognise foreign insolvency proceedings on an ad hoc basis.  The ruling in Beluga was made following the Singaporean High Court’s (Court) decision to recognise foreign proceedings in Re Taisoo Suk[8], where the Court dealt with the winding up of Hanjin Shipping, a ruling more in line with the universal principles expressed by the Model Law.

The Model Law acts to recognise foreign insolvency proceedings and takes into account international choice of law rules, jurisdictional rules and enforcement rules.  Notably, the Model Law will require enacting countries to put a stay on proceedings where it has been recognised that insolvency proceedings have been commenced where the debtor’s main interests lie.  The approach of the Model Law does not deal with traditional Maritime law, only referring to a lien in its 2009 and 2013 guides[9].  This approach differs from the Insolvency Regulation of the European Union[10], where in rem rights provided by a maritime lien are preserved if that right would have been granted by another member state.

This issue is further complicated by decisions made regarding ownership as it allows for in rem actions. In the case of Ayerst[11], where it was held by the House of Lords that the effect of winding up a company was to divest it of the beneficial ownership of its assets.  The effect of denying assets, the subject of insolvency, the benefit of being beneficially owned by the debtor company in question, is that proceedings will not be able to be brought on the basis of a maritime lien.  While in the UK the Ayerst has been supported, it has been rejected in other common law jurisdictions.

To the contrary, the contention that beneficial ownership does not pass once winding up orders have been issued has been supported in both Australia and Hong Kong.  In Commissioner of Taxation v Linter Textiles Australia Ltd (in liquidation)[12] it was held by the majority of the High Court of Australia that ‘the appointment of a liquidator… does not mean that the company itself has ceased to own beneficially its assets… Power to deal with an asset and matters of ownership or title are not interchangeable concepts’.

In the Hong Kong case International Transportation Service Inc v The Convenience Container[13], it was rejected that a winding up order instituted in Singapore would deprive the owner its rights as beneficial owner of a number of vessels that had been arrested in line with the findings of the Australian High Court.  There are additional difficulties that arise when characterising elements of an insolvency claim when taking into account national legislation such as the Corporations Act 2001 (Cth) and how it interacts with the Model Law and in rem claims[14].    In light of the differences between jurisdictions on how insolvency proceedings affect maritime liens and in rem actions and the lack of clarity provided by the Model Law, it has been suggested that a provision that protects in rem rights from the operation of the Model Law be implemented.

Given the great difficulty that arises in attempting to resolve the differences between maritime law and insolvency law, which mostly arises due to the timings that give rise to each particular right or claim[15], it has been suggested that a line similar to that taken by the European Insolvency Regulation be adopted in relation to the effect of cross-border insolvencies on proceedings in rem.[16]  It is provided in Article 5.1 of the European Regulation that the initiation of insolvency proceedings should not affect the rights in rem of creditors or third parties in respect of assets belonging to the debtor which are situated within the territory of another member state at the time of the initiation of proceedings.  Therefore, where a ship is arrested in a jurisdiction that is not that of a member state, claims will be ranked in accordance with the law of the state where the liquidation is taking place.  With no strict application of reciprocity required by the Model Law, such an amendment would be a welcome addition from the perspective of maritime lawyers.  Such a clause would ensure that the universal approach embodied by the Model Law is maintained, while states intrinsically linked to the dispute retain the ability to apply their local maritime laws. 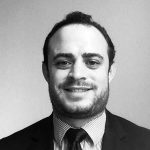