Piece by Piece – Some legal issues in air freight screening

The Australian Government has announced that it will extend security measures for cargo screening beyond cargo bound for the US. In the Federal Budget delivered on 8 May 2018, the Government announced that all export air cargo would be subject to piece-level screening by 1 March 2019. Exporters, freight forwarders and warehouse operators will be impacted by the implementation of these measures.

The case for piece level screening

Aviation safety in Australia is regulated by the Australian Transport Security Act 2004 and the Aviation Transport Security Regulations 2005 made under that Act.  In 2005 in light of terrorist threats to international aviation, Regulations were introduced which increased passenger and baggage level screening.  On 1 November 2016, the Regulations were amended to establish the framework for a number of initiatives which are now part of the vernacular in the air freight cargo industry such as the:

The impetus for piece level screening stemmed from a requirement that all US inbound air freight required this level of screening.  From an Australian perspective, the enhancement of screening measures has been influenced by an incident in mid 2017 when an explosive device assembled from components shipped on a commercial cargo plane from Turkey to Australia, were detected on an outbound flight from Australia.  It was argued that while passengers and their baggage underwent stringent checks at the airport, the same could not be said of air cargo to be loaded in the same plane. These enhanced measures seek to secure the movement of cargo by addressing terrorist threats using air cargo as a vector.

The Federal Budget announcement comes close after the successful implementation of the piece-level screening for all USA-export air cargo on 1 July 2017. This change will bring all export destination countries into line with the piece-level examination practices in place for the US. This means that examination at the consolidated level will not be acceptable for export air cargo after 1 March 2019 unless it is homogenous, a concept undergoing some development.

International cargo will need to be piece-level examined prior to consolidation. A piece of cargo is defined as the largest item that can be effectively examined based on the examination method used. There are at present four approved examination methods, X-ray, Electronic Metal Detection (EMD), Electronic Trace Detection (ETD), and physical examination. This list may be revised in future to take into account emerging technologies.

Unless a shipper is a regulated Known Consignor, all cargo will need to be examined at the airport, or at an off-airport approved facility (RACA), prior to export. Airlines, RACAs and and Container Terminal Operators (CTOs) have indicated they are currently unable to handle the projected increase in volume of cargo that will need to be piece level screened, and unless this changes there will be delays for much of the air cargo departing the country.  For those considering investing in screening equipment, account needs to be taken of the lead time to order and install equipment and engage and train staff to an acceptable level to operate the equipment.  Alternatively, shippers are being encouraged to become a Known Consignor which will then be an entity responsible for securing air cargo until it passes to another regulated business.  For example, cargo that originates from a Known Consignor and is securely transported to a Cargo Terminal Operator such as an airline or an RACA is considered to be piece-level examined and will not need to be examined again prior to being uplifted for export.

On the basis of the current Regulations, it is likely that a failure to comply with the loading requirements, will constitute a strict liability offence.

Legal Challenges along the Supply Chain

In much the same way that the export industry has had to come to terms with the introduction of Verified Gross Mass weight and mass declarations, the logistics sector is being faced with a similar compliance challenge.  Some of the legal issues to consider are:

The logistics industry is being placed front and centre in attempts to secure Australia’s trade borders. This will result in a re think of the way business is costed and liability re-allocated in the implementation of these enhanced security measures.

This article was prepared for the membership of the Freight & Trade Alliance (FTA), and first appeared in the October edition of FTA’s “Across Borders” publication. 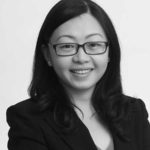