TM Law’s Hamish Cotton looks at an Australian decision with global significance, dealing with the interpretation of the Montreal Convention in claims for damage to cargo during air transport

The New South Wales Court of Appeal has recently handed down its decision in Singapore Airlines Cargo Pte Limited v Principle International Pty Limited[1] in which it considered the provisions of the Montreal Convention 1999 as they relate to damaged cargo.  Importantly, the Court considered the interpretation of Article 18 of the Convention and whether the phrase “the event which caused the damage” should be interpreted as analogous to the phrase “the accident which caused the death or injury”, which appears in Article 17 of the Convention and which has been the subject of extensive judicial consideration, both in Australia and abroad.

Principle International Pty Limited (Principle) contracted with Singapore Airlines Cargo Pte Limited (SIA Cargo) for the carriage of live cattle from Melbourne to Harbin, China, such carriage to occur over three separate flights, departing Melbourne on 23, 25 and 27 September 2013. Eighteen (18) cattle that were transported on the 27 September flight were found dead on arrival. The cattle had been loaded into crates consisting of nine cattle per crate and had been placed on the lower deck of the cargo hold. Other crates holding the same number of cattle were transported on both the upper and lower decks of the aircraft’s cargo hold.

Whilst there was some divergence of opinion as to the cause of death, with both heat stress and suffocation proposed by the various experts, each expert agreed that the relevant condition was caused by a lack of ventilation and therefore the exact cause of death was not an issue in the proceedings.

The Court of Appeal was required to consider various provisions of the Montreal Convention and in particular, Article 18 dealing with damaged cargo and Article 20, dealing with exoneration and contributory negligence. The consideration of Article 18 is of particular interest and focussed on the meaning of the term “event”.

“The carrier is liable for damage sustained in the event of the destruction or loss of, or damage to, cargo upon condition only that the event which caused the damage so sustained took place during the carriage by air.”

SIA Cargo contended that the “event” that caused the damage was the inadequate packing by Principle of the cattle into the crates, which occurred at a time when the cattle were not in the control of SIA Cargo and therefore no liability could attach to them. Anything that happened thereafter was, SIA Cargo contended, part of the ordinary carriage by air. Consequently, SIA Cargo argued that if the Court determined the event was in fact the lack of ventilation during the course of the transport, it should follow the previous judicial interpretations of Article 17 of the Convention. Article 17(1), which deals with death and injury of passengers, provides:

The term “accident” in Article 17(1) has been widely held to mean an event external to the passenger and not the passenger’s own internal reaction to the usual, normal and expected operation of the aircraft. SIA Cargo argued that “event” in Article 18 should be construed in a similar manner.

The Court of Appeal looked at the language of each of the Articles and made a clear delineation between the language used in the Convention for damage to cargo, as opposed to the provisions related to personal injury and death. Ultimately, the Court determined that “the event must be identified in the context of an “event which caused the damage”. The inquiry is not directed to ascertaining whether there was something unusual or unexpected happening outside the normal incidence of the flight. That is relevant to determining whether there was an accident for the purposes of Article 17(1).”

The Court found that whilst the cause of death was as a result of the lack of ventilation to the cattle, the event for the purposes of Article 18(1) was the placement of the crates on the lower deck, the conditions of which were such that it amounted to an event which caused the damage.

The Court of Appeal has highlighted the difference between the tests required in respect of damage to cargo (Article 18) and death and injury of passengers (Article 17) which arguably and interestingly provides a greater scope for claims for cargo damage over those for death or injury to passengers. 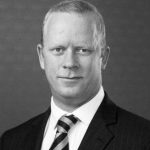